Founded in 1973, the Pennsylvania Labor History Society (PLHS) focuses on documenting and commemorating the history of workingwomen and workingmen and their labor struggles in the Commonwealth of Pennsylvania. PLHS members are volunteers, including steelworkers, coal miners, postal workers, schoolteachers, social workers, factory operators, office workers, textile workers, hotel and motel workers, and students, all of whom share a love of labor history.

47th Annual Conference and 150th Anniversary Commemoration of the Avondale Mine Disaster September 6, 7, 8, 2019

At the Anthracite Heritage Museum, Scranton

The  PLHS 2018 Annual Banquet was held at the Letter Carrier’s Hall, 841 California Avenue, in Pittsburgh, PA on Friday, September 21, 2018. We were proud to recognize the following labor activists for their lifelong interest in preserving the history of working men and women and their commitment to advancing the interests of working...Read More »

The 2018 PLHS Conference was held September 22, 2018 at Community College of Allegheny College -Pittsburgh Campus. This year’s program was entitled ‘Vietnam: A Working Class War’ and featured panel discussions and presentations regarding Vietnam War activism and related topics. The goal of this program was to provide an opportunity...Read More »

A Bibliography of Labor History in Pennsylvania

During the nineteenth and twentieth centuries Pennsylvania was recognized as a national industrial leader. Dominant industries included Iron and Steel, Coal, Coke, Textiles, Garment, Lumber and Railroads. Immigrant workers comprised a large percentage of the Commonwealth’s industrial workforce as had slaves and indentured servants in an earlier era. While its...Read More » 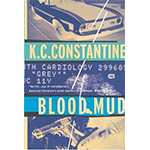 New York: The Mysterious Press of Warner Books, 1999. 375 pages.
Blood Mud is the 15th case in the largest and best-known series of Western Pennsylvania police procedurals: the Mario Balzic Detective Novels (aka the Rocksburg Mysteries). Over 30 years, 17 titles were published...Read More » 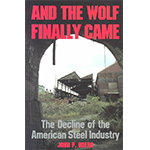 As a journalist and novelist, John Hoerr has written mainly about labor, industry, and politics in contemporary history. His best-known book, And the Wolf Finally Came: the Decline of the American Steel Industry (1988), is the definitive account of labor-management struggles preceding the near-extinction of American steel as well...Read More »